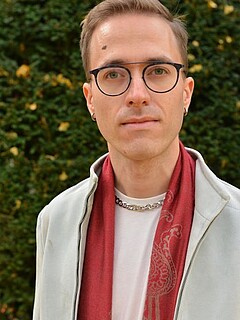 2014-2018 Bachelor of Arts in English language and literature, and history, at the University of Zurich

2018-2020 Master of Arts in English language and literature, and modern history, at the University of Zurich, MA thesis supervised by Prof. Dr. Elisabeth Bronfen

2019-2020 Research assistant at the University of Zurich for the Lehrkredit: Audiovisual Essays

Contiguous to US-American postmodernism, we encounter a specific form of the ‘Great American Novel’: voluminous, encyclopedic, stylistically eclectic, philosophically ambitious, notoriously inaccessible, and written by a specific type of white, male, upper-middle-class, Ivy-league-educated author. Interestingly, both within the novels themselves as well as in their reception (particularly in the throes of New Criticism) Herman Melville’s Moby Dick (1851) serves as a conspicuous Romantic point of reference: both matrix and model through which a distinct tradition of American literary genius is mobilized, elaborated, and at times critically reflected on. My dissertation analyzes three examples of such ‘Great American Novels’ from the second half of the 20th century: Ada, or Ardor: A Family Chronicle (1969) by Vladimir Nabokov, Gravity’s Rainbow (1973) by Thomas Pynchon, and House of Leaves (2000) by Mark Z. Danielewski. I argue that what connects these texts are their paradigmatic allusions to and parallels with Moby Dick in terms of, among other things,

Moreover, I venture that they evoke these paradigms specifically to draw attention to, challenge, and variously re-assert aesthetics of Romantic authorial genius. Unlike most previous scholarship on these novels, I therefore do not aim to disentangle their poetics and chase down the metaphorical white whales of their copious, multiplex philosophical, intertextual, political, and historical allusions. Rather, I am interested in the effect of that very copiousness and multiplicity, the narrative and receptional capital that can be gained from it, and the degree to which these novels confront that capital and its tradition self-reflexively. In a comparative reading of Moby Dick, Ada, Gravity’s Rainbow, and House of Leaves, I therefore aim to examine parallels and notable differences in how these novels engage with the aesthetics of white male genius in